< Back to About Us 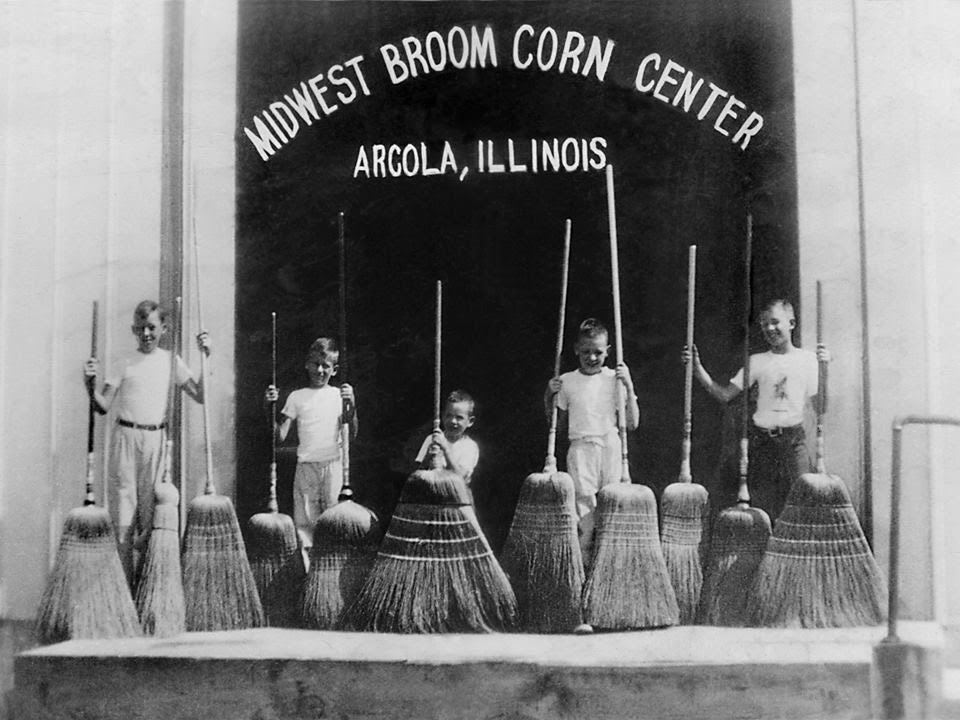 In the early 1960’s, Tim pioneered the concept in the United States of the preparation of broomcorn for the broom manufacturer. The first product offered using the method was called Redicorn and is the preferred method in which manufacturers purchase broomcorn today.

“In 1961, we started experimenting with better ways to serve the broom manufacturer,” Tim said and our efforts culminated, in 1963, with the introduction of “RediCorn” – broomcorn sold “ready” for the broom – sorted by grade, length, and color, and baled into smaller, more manageable bales. This processed broomcorn changed the basic concept of the broomcorn broker.

It changed the idea of judging the crop because all the corn was processed down into the best use. If a manufacturer wanted 22-inch hurl, they could buy 22-inch hurl already processed.

“The dealer’s function changed primarily to financing all the different lengths so the farmers and the processors could turn their crops into cash, and the dealer then could get the 22-inch hurl broomcorn into the hands of the people making warehouse brooms.”

Another advantage of the processing system is the manufacturers could make brooms in as many different sizes as they want because the appropriate material was readily available.

“In the past, if broom manufacturers bought a corn crop and it was only 2,000 pound of whisk corn, they had to cut long corn down if they sold more than 2,000 pounds worth of whisk brooms,” Tim said. “Broom manufacturers might make money on the whisk brooms, but lose money getting rid of the odds and ends and extra lengths that stacked up. There was a real balancing problem.” “When processed corn came along, you could sell twice as many whisk brooms and not worry. The manufacturer just bought 12-inch hurl and the dealer then worried about getting rid of the other lengths.” “When I came into the business, I really took care of the processing side of broomcorn and my dad took care of the raw corn side of the business. By 1970-’71, 80 percent of the market had switched to processed corn. By 1975, probably 90% of the market was using processed corn,” Tim said.
During these years, the industry began to change shape, one of the most notable examples being the complete relocation of the broomcorn crop from the United Stated to Mexico, where – with longer harvesting seasons leading to two yearly crops and plentiful inexpensive labor – the crop was more economically raised. Tim invented and patented a plastic broom insert, allowing a broom to be wound on the insert and shipped without a handle.

Thomas Monahan II died in 1979 at the age of 69, survived by both Mary’s, his wife and sister. His wife Mary died in 1997; and his sister Mary passed away in 2003 at the age of 97. Tom’s second son, Pat, said, “Dad was a proud father, a constant donor of his time, money and ideas for the improvement of Arcola, and he was able to pass the company on to his sons in better condition than he found it.”

After his father’s death, Tim became president of the family business. Today, he still presides over The Thomas Monahan Company and its subsidiaries, Monahan Filaments and Brush Fibers, Inc.

The broomcorn market in the USA has all but disappeared. In the 50’s and 60’s, there were over 400 broom makers served by the Monahan Company. In the mid-to-late ‘80s, this number dropped to below 200 accounts and today, there are less than 10. Consolidations and foreign competition have been the driving factors. The passage of the North American Free Trade Agreement, which went into effect in January 1994, was the final straw. The market turned to inexpensive brooms made in Mexico. In addition, the presence of cheap plastic brooms has all but eliminated the market for high-quality broomcorn brooms.

Understanding these stark facts years ago, The Monahan Company has long since diversified into providing a number of various products for other segments of the industry.